ONE CRIMINAL WITH ILLICIT ARMS WAS HELD BY THE ALERT MOTOR-CYCLE PATROLLING STAFF OF DWARKA NORTH.  ONE SOPHISTICATED PISTOL HAS BEEN RECOVERED FROM HIS POSSESSION.

 ACCUSED ABHISHEK SOLANKI @ SHEKHU HAD BOUGHT THIS PISTOL TO SHOW-OFF TO HIS FRIENDS. In Dwarka District police staff is being motivated and briefed regularly to develop intelligence and to collect information about the criminals as well as suspicious strangers roaming in the area and verifying suspicious persons through E-Beat Book of Delhi Police. They have also been directed to patrol in civil clothes & also to keep an eye on the Jail-Bail released criminals, who are involved in crime again. INTRODUCTION:- The Patrolling staff of PS Dwarka North comprising HC Sarwan and Ct. Radheshyam has arrested one criminal namely Abhishek Solanki @ Shekhu R/o Matiyala Village, Uttam Nagar, New Delhi aged-21 yrs. in case FIR No 556/21 dt-23/07/21, U/s- 25 A. Act, PS Dwarka North and one semi-automatic pistol (7.65MM) was recovered from his possession. BRIEF FACTS:- On 23.07.2021, Morning Patrolling staff of PS Dwarka North while on M/Cy patrolling near DPS School, Sec-3 Dwarka spotted one young boy in suspicious condition who was coming from JJ Colony, Sec-3, Dwarka to DPS School. He had seen the police party and tried to return but The patrolling staff overpowered and caught him. During his physical search, a semi-automatic pistol (7.65 MM) was recovered from his possession. During interrogation identified as AbhishekSolanki @ Shekhu. ACTION TAKEN:-  In this regard,a case vide FIR No 556/21, dt-23/07/21, U/s-25 Arms Act was registered at Police Station Dwarka North, New Delhi. INTERROGATION:-  On sustained interrogation accused Abhishek Solanki @ Shekhu disclosed that he had bought this pistol from one Sachin @ Kale to show attitude to his friends. Sachin @ Kale was met in Public Park, Sec-3, Dwarka. PROFILE OF ACCUSED PERSON:-  Abhishek Solanki @ Shekhu R/o Matiyala Village, Uttam Nagar, New Delhi aged-21 yrs. He is doing BBA IInd year from Meerut, UP. He was fallen into bad company and drinking wine. He has no previous involvement. RECOVERY:-  One semi-automatic Pistol 7.65 MM. Further investigation of the case is in progress and efforts are being made to ascertain their more involvements in other criminal cases. (SANTOSH KUMAR MEENA), IPS DY. COMMISSIONER OF POLICE DWARKA DISTRICT, NEW DELHI 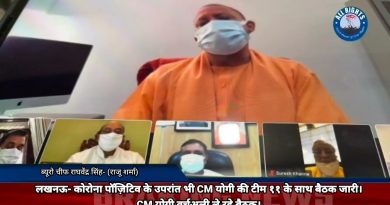