Delhi India क्राइम विडियो
July 25, 2021 Mohammad Sheeraz Khan 0 Comments
GOOD WORK DONE BY THE STAFF OF POLICE STATION CHHAWLA, DWARKA DISTRICT, NEW DELHI  ONE DESPERATE CRIMINAL/BC OF PS CHHAWLA WAS ARRESTED,
BY THE ALERTNESS OF BEAT STAFF.  ONE COUNTRY-MADE PISTOL WITH ONE LIVE CARTRIDGE WAS RECOVERED FROM HIS POSSESSION.  ACCUSED NAKUL @ CHIKU WAS PREVIOUSLY INVOLVED IN 10 CASES OF ROBBERY,FIRING,ATTEMPT TO MURDER,ARMS ACT CASES. In Dwarka District police staff is being motivated and briefed regularly to develop intelligence and to collect information about the criminals as well as suspicious strangers roaming in the area and verifying suspicious persons through E-Beat Book of Delhi Police. They have also been directed to patrol in civil clothes & also to keep an eye on the Jail-Bail released criminals, who are involved in crime again. BRIEF FACTS:- On 22/07/2021 at about 7.40 PM Ct Jhabar Mal, No.1704 /DW along with Ct Umed 773/DW wasin the area for detection and prevention of crime. When they reached near Rewla Khan PurChowk one person was coming from Paprawat, on seeing the police party he turned back & tried to escape.Alert staff apprehended him & on checking one country-made pistol with one live cartridge recovered from his possession. The name of the apprehended person is Nakul @ chiku s/o Ajit Kumar r/o VPO Ghuman Hera. Checking E-beat book by staff on spot accused is found BC of PSChhawla Accused is also Externed from Delhi. ACTION -: Accordingly, a case vide FIR No 337/21, u/s 25/54/59 Arms Act has been registered at PSChhawla. PROFILE OF ACCUSED:-  Nakul @ Chiku s/o Ajitkumar r/o VPO Ghumanhera .Age 32 yrs PREVIOUS INVOLVEMENT:  Accused is BC of PS Chhawla& involved in 10 cases of robbery, firing, attempt to murder, Arms Act cases. RECOVERY:-  One country-made pistol with one live cartridge. (SATISH KUMAR) ADDL. DY. COMMISSIONER OF POLICE DWARKA DISTRICT, NEW DELHI 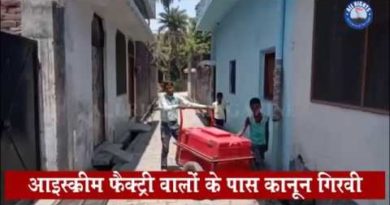 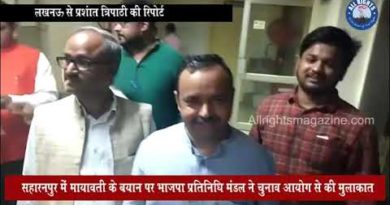 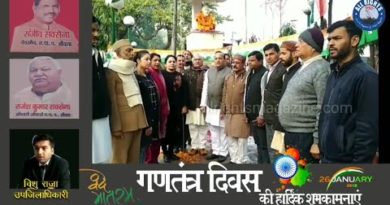